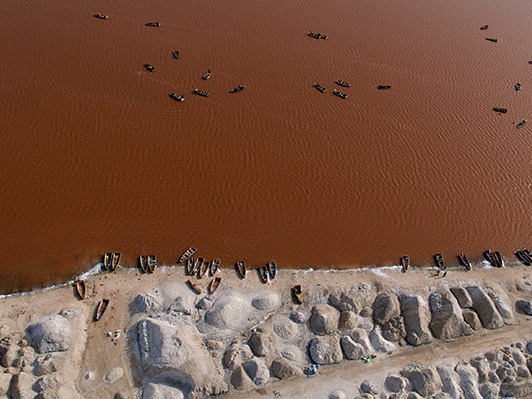 Located between the northern Sahel and the great rainforest, it is crossed by four rivers that are born in the Fouta Massif Djalon , Guinea: the Senegal River that gave its name to the country, Gambia, Saloum and Casamance.

Homeland of the poet- president, Léopold Sédar Senghor, member of the French Academy and composer of the national anthem, Senegal embodies, rightly, by its geographical position and its determining role in diplomacy at the international level, the symbol alive of the civilization of giving and receiving.

With a strong democratic tradition and strong institutions, the Republic of Senegal is one of the most stable countries on the continent.

Welcoming, warm and hospitable, it is a crossroads of ethnicities and traditions, land of Wolofs, Pulaar (Peul and Toucouleurs pastors of the Senegal River Valley), Soninkés, Diolas of Casamance, Sérères du Sine and Mandingoes, all contributing to the cultural wealth of the country.

Finistère of Africa where everywhere the foreigner is received with all the regards, Senegal knew to preserve intact, in spite of the difficult economic situation and the important changes in a society in crisis, the values ​​of hospitality – the legendary Senegalese teranga – whose ferment is the attachment to religion (Islam and Catholicism) in a spirit of tolerance.

Senegal has no shortage of assets to ensure the development of the tourism sector: seaside destination closest to Europe, it has a sun that shines almost all year, natural sites of great beauty, parks and reserves, rich in fauna and flora, 700 km of sandy beaches from north to south and especially the warm welcome of its population. Consequences: the constant increase in the number of tourists interested in discovering the deep country, the meeting with the habits and customs of the local population and the dialogue of cultures.